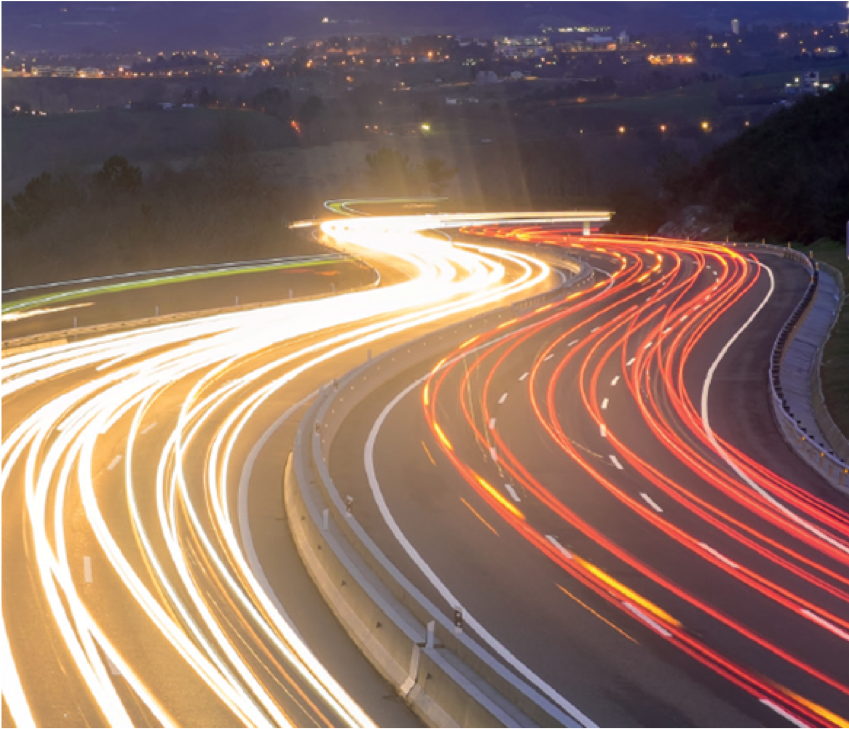 This is blog#2 of 2 following the previous blog “Navigating the future of mobility” part 1.

Until 2030 the Mobility industries will face a major disruption based on 6 disruptive forces and their mutual reinforment. It has already started. This will drive all industries that are somehow related to Mobility into fundamental and frame breaking changes. This extremely complex challenge requires a simple paradigm to get started when thinking about initiating a transformation. This paradigm is called ‘ESCAPE’.

A simple framework for a complex matter

To engage you through the vision of Mobility 2030 let us introduce a simple framework to get started. This framework is structured around an -easy to remember- acronym we made up for this subject: ‘ESCAPE’.

ESCAPE represents the 6 disruptive forces that will drive people and businesses into a completely new era of transportation, working and living. Every letter represents its own distinct force of disruption. Looking at it in isolation, each force can be so strong that it causes immediate disruption in the -cross sector- value chains of mobility related companies, all by itself. It can be disguised as a threat, but also as an opportunity. It can influence the business model of a company today, but it can also give birth to a brand-new start-up of tomorrow. Obviously, one disruptive force could be of greater influence on a company than another. And it will also differ per sector.

A total of 6 disruptive forces will develop rapidly into profound drivers of your firm’s future. But it’s getting even worse.

These 6 forces have the ability to reinforce one another. For instance, urbanization (‘personalized’) will lead to congestion and trigger ‘shared’, which gives an impulse to more platforms (‘exponential’). At the same time ‘shared’ will pull on ‘electrified’ due to a higher utilization capacity and reduction of cost of ownership. Maybe this also triggers ‘connected’ for reaching more balanced traffic, not to mention the upcoming developments around ‘autonomous’. From disruption to destruction

You must have heard the Kodak and Nokia stories at congresses over and over again, I will not go that way. But the example of video retailer Blockbuster needs some elaboration, because it is the best example of disruption, not to say destruction.

Back in 1996 Blockbuster opened a new outlet every 17 hours. This ended up in a total of 9000 outlets and 60,000 employees within 10 years. The rise of digital film (a disruptive force) brought great spirit to the board of directors: “wow, radical improvement of film quality”.

Some years later, some anonymous cowboys knocked on the door (called themselves something like ‘Netflix’), proposing to cooperate. Having some crazy ideas about distributing content via the Internet (the next disruptive force). After the guests were laughed off, the board of directors turned back to their video business-as-usual. In 2010, 3 years after Netflix started their exponential growth, Blockbuster was in big trouble and was forced to shut down its entire business.

Although there were more reasons for this epic drama, one thing was crystal clear. Management did not appreciate the convergence of the 2 disruptive forces: digitalization of film and distribution via Internet. The mutual reinforcement of the two created a perfect storm. Think of it …. ESCAPE introduces not 2, but 6 disruptive forces heading towards a massive convergence of disruptive power, ending up in a perfect storm. If you draw lines between each of these 6 forces, you will end up with a total of 15 lines of -at least- potential mutual reinforcement. If you add to this the assumption of an average company having its own 4 strategic imperatives -not directly related to ESCAPE-, this may well add up to 10 strategic issues: 6 disruptive forces and 4 own issues.

Connecting these 10 dots to each other this will result in 45 lines of potential reinforcement! And then, as I explained in the previous blog, we are just addressing -say- the ‘head of the elephant’, not the entire animal. Because, we just focus on Mobility 2030 and we do not let other angles come to the table, yet.

So …. almost 4 dozen of -let’s call it- strategic events are knocking on the door of your management meeting room! I sincerely hope you join me in the feeling that we should open that door. Because, this is not only becoming quite interesting, but also somewhat urgent, to say the least.

Welcome to your own Perfect Storm.

Apart from this attempt to simplify complexity of Mobility 2030 by presenting a comprehensible framework, Digital Rocks takes it even one step further.

Based on our success formula the Battle of Disruption we constructed a management game called The Perfect Storm.

During this game, played with 8 to 12 ‘storm-chasers’, we let you discover the 6 disruptive forces in a playful way. Meanwhile we gradually draft the relevance and potential impact of these 6 forces to your firm. A great kick start to initiate the deep dive of Mobility 2030 for your company, combined with fun and teambuilding. Suitable for all levels and, talking ‘engagement’, for all people of the organization. Simply because, the entire crew is facing the same future, entering the same Perfect Storm.

We are Digital Rocks. We build serious games.